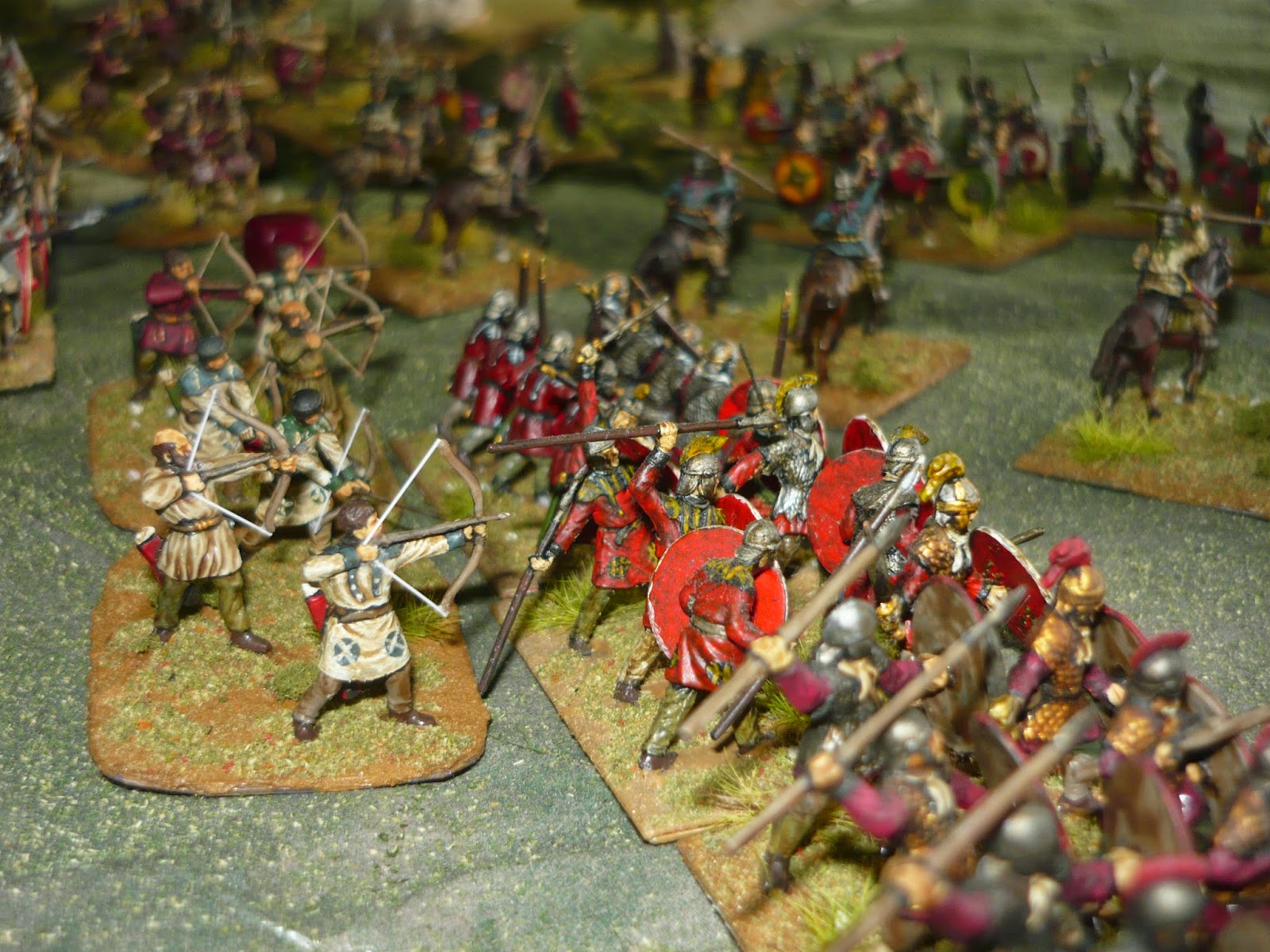 It's been a long time since I did anything with my Late Antiquity collection and hence this blog! I haven't been able to get to the club much lately and I have wanted to have another go at these rules to familiarise myself with them before inflicting them on anyone at the club, so while I had a bit of free time on my hands over the weekend, I set up another solo game in the shed this time.

I wanted to see if the Goths had a chance of winning with the forces I have, as the first game ended in a Roman victory. The results of this game indicate that they don't! I had the rules more under control this time, and played the skirmishers better, which made the results much more lopsided in the Romans' favour! I'll need to boost the Goths' numbers in infantry or skirmishers or both, I reckon, to get a more even result.

The table was divided by a low ridge with a rocky outcrop and wood with the opposing armies either side of the ridge. The Goths got initiative and their light infantry and archers headed for the woods, while the infantry went to the left and the cavalry to the right of the terrain obstacle. The Romans did likewise, but sent their light cavalry ahead of the infantry and the horse archers ahead of the heavy javelin cavalry.

With the Gothic infantry in bad morale, unlikely to be able to reform, the game was declared another Roman victory, despite the Gothic cavalry being untouched. I suppose if I had used the cavalry to support the infantry instead of going on a flanking march, the result could have been different, but I still feel the Goths need more infantry to counter the preponderance of skirmish forces.

My 20mm foray into the Comitatus ruleset

Blogs with a focus on the ancient world